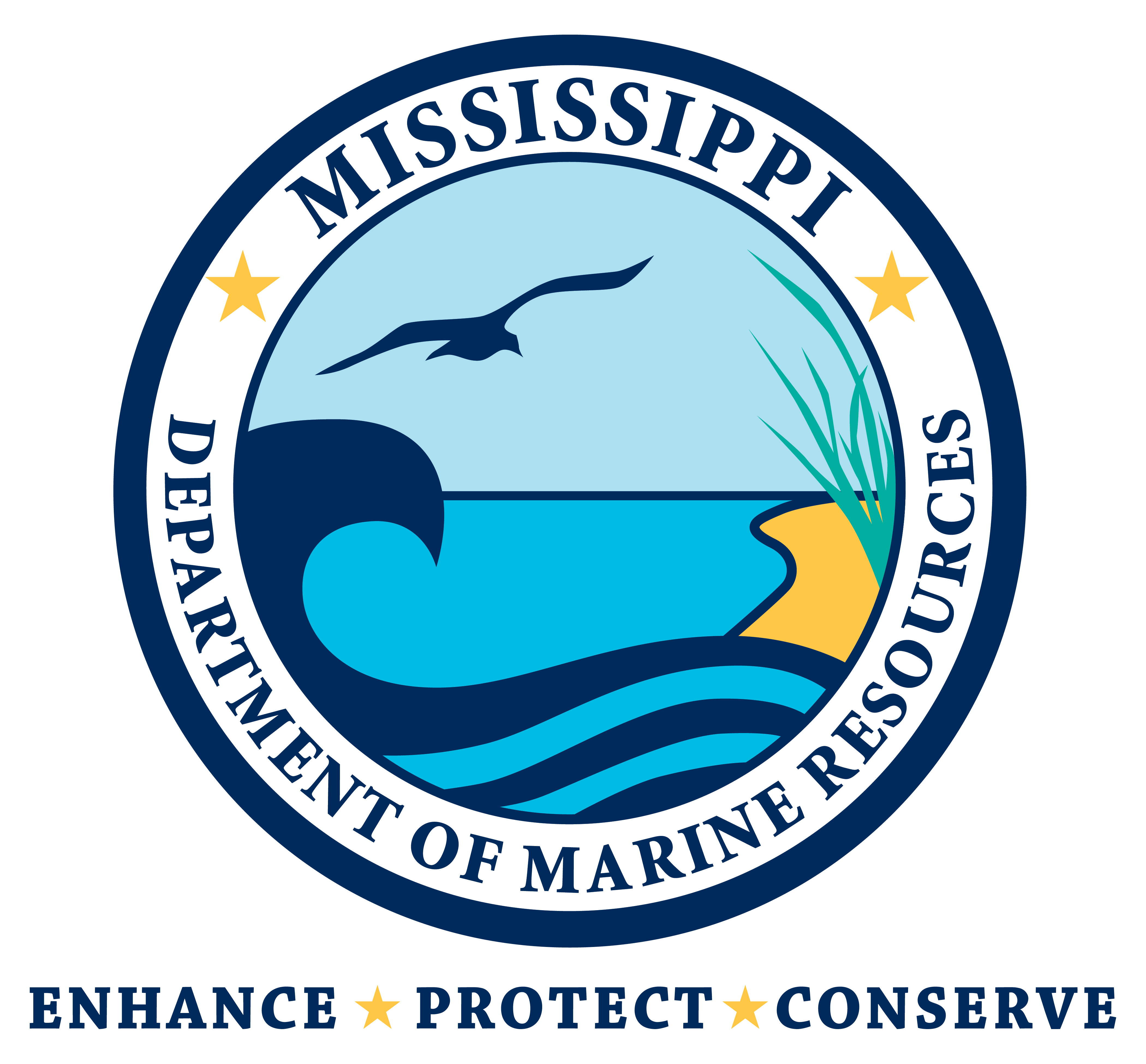 Grand Bay NERR is home to a wide variety of natural environments, from subtidal embayments and intertidal marshes to upland wet pine savannas. There has also been relatively little development in the Bayou Heron watershed, and moderate development in the Bayou Cumbest watershed; past studies have used these bayous as part of a gradient from less-to-more human development. Please see the Grand Bay Site Profile and the Research Priorities pages for more on our known needs; but these are not exclusive! Citations of past research are also available. We are also happy to share our data if it will help inform a project; please see Research Opportunities for more details.

For GNDNERR projects directly informing or coming from a land management or restoration project, check out our Stewardship page.

The Grand Bay NERR has four water quality monitoring stations that collect essential baseline water quality information to improve our understanding of the tidal dynamics and freshwater inputs into this system. Meteorological data are continuously collected to complement and support the water quality monitoring data, in addition to biological monitoring efforts at the Reserve, to assist scientific research and monitoring projects, and for stewardship, training, and educational activities around Grand Bay. Check out more on our SWMP page.

Many estuaries across the country experience nutrient pollution and algal blooms, which degrade water quality for people and aquatic life. Careful tracking of chlorophyll a concentrations – a proxy for phytoplankton biomass – can help managers understand the patterns and drivers of algal blooms and eutrophication in their estuary. The Grand Bay NERR is one of 13 reserves working collaboratively to test and share standardized protocols for connecting readings from new chlorophyll sensors to chlorophyll values derived from more standard extractions from water samples. Using sensors rather than water samples will allow much higher-resolution data and understanding of phytoplankton dynamics, and help inform responses to events like harmful algal blooms as they unfold.  For more information, check out “Refining Techniques for High-Frequency Monitoring of Chlorophyll in the NERRS.”

Fecal coliform bacteria are found in digestive systems of warm-blooded animals, and are commonly used as indicators of potential pathogens in waterways. Counts of fecal coliforms that exceed certain standards can lead to shellfishing water closures and beach closures. Fecal coliform levels in Grand Bay NERR are frequently high, and the area has been closed to shellfish harvest since 2007. Poor understanding of the sources of fecal inputs hinder potential management actions to fix the problems. This study will determine spatial and seasonal patterns of inputs from humans and feral hogs (the two potential largest sources of fecal input in the watershed) and lead to better understanding that can inform management actions to improve shellfishing.

Objectives of the project included documenting species occurrence and size in the GNDNERR, and examining nekton community assemblage at five common nearshore habitat types: depositional Spartina alterniflora edge, erosional edge, beach, seagrass, and shell midden, and examining the impact of water quality and seasonality on nekton assemblage. Sampling occurred once per season (Spring, Summer, Fall, Winter) from 2005-2014. Data from the project can be requested.

Two large phosphate spills have occurred from Mississippi Phosphate Corporation (a fertilizer production facility) to the GNDNERR’s Bangs Lake since 2005. Following these spills, phosphate concentrations in Bangs Lake surface waters rose from near zero to extremely high concentrations (as high as 7mg L-1 or 225 µM) and pH dropped dramatically from an average of ~7.5 to 3.7. Less dramatic changes in phosphate concentrations and pH were measured at other regularly sampled stations nearby, and large fish kills also occurred throughout the Reserve. While regular monitoring of water quality parameters and nutrient concentrations by the GNDNERR’s System Wide Monitoring Program (SWMP) provides basic information to detect these spills, the fate and persistence of the externally loaded phosphate within the system are poorly understood. The GNDNERR assembled a Phosphate Working Group (PWG) to investigate scientific questions related to these anthropogenic phosphate loadings. This working group includes members from the GNDNERR, regional universities and marine labs (University of Southern Mississippi/ Gulf Coast Research Lab, University of West Florida, and Dauphin Island Sea Lab/ University of South Alabama), and the Mississippi Department of Environmental Quality (DEQ) who are currently conducting MWRRI funded research that addresses the following scientific questions developed by the PWG to assess the water quality impacts of repeated phosphate spills on an otherwise relatively undisturbed estuarine ecosystem. In year 1, we conducted experiments to characterize phosphate adsorption by sediments in Bangs Lake and less impacted reference sites within the GNDNERR (Bayou Cumbest, Bayou Heron). We found that sediments from Bangs Lake had a reduced capacity for phosphate adsorption due to previous phosphate exposure while sediments from the less impacted site had a much higher capacity for phosphate adsorption. Sediment core results also showed spikes in particulate phosphorus concentrations at depth consistent with historical phosphate spills preserved within the sedimentary record. We also observed increased benthic chlorophyll concentrations at the Bangs Lake site relative to nearby Bangs Creek and Bayou Heron, suggesting that benthic microalgae production in Bangs Lake is stimulated by periodic phosphorous spills and/or chronic atmospheric deposition of phosphorus. This was a consistent pattern throughout the summer months.

In Year 2 we completed radiometric dating analysis for sediment cores from Year 1 and expanded on our research in three ways, including addition of: 1) an artificial tracer (fluorescein) study to simulate a phosphorus spill which will allow direct visualization of a contaminated plume and will allow us to track water movement in Bangs Lake to define likely areas of phosphate accumulation, 2) Iron and trace element analyses to spatially and temporally trace phosphate spills through detection of the chemical signature of other contaminants in spill materials, and 3) continuation of work from Year-1 at new sampling stations chosen based on outcomes of the tracer study and results of Year-1 to better define locations of effects. More than 99% of trace metals are bound to and retained in sediments, serving as an archive of

historical changes in environmental conditions including contaminant exposure (Salomons 1998). Phosphate mineral fertilizers and the by-products from their production have distinct and traceable element profiles that can function like a fingerprint to indicate the types of pollution or contaminant entering a system. Ongoing work continued from Year-1 included sampling of sediment grain size, organic carbon and nitrogen content, phytoplankton and benthic microalgae concentrations, porewater and water column nutrient analyses, and airborne particulate phosphorous concentrations which will all be needed to support the newly proposed analyses and integrate the results of Year-2 with Year-1 data.NDN

Salt marshes are important habitats that provide many ecosystem services, but they are susceptible to the impacts of sea level rise (SLR), often resulting in emergent vegetation loss. In areas with enough sediment input, marshes can keep pace with SLR by gaining elevation or through upland migration. However, salt marshes in areas with limited sediment input, such as the GNDNERR, often cannot keep pace with sea level rise. Additionally, the rate of SLR is increasing making it more difficult for marshes to keep pace. To assess the short-term response of marsh vegetation to sea level rise, percent cover, stem density, and elevation, data from 2016 to 2020 in four different marsh elevation zones were analyzed in this study. Results demonstrated that the four marsh elevation zones are responding disparately to SLR. These findings indicate that it is imperative to implement restoration plans to account for site variability to conserve these vital habitats.

Grand Bay is part of the NERRS Sentinel Site Program, which was designed to understand long-term trends and short-term variation in marsh ecosystems. Check out more on our Sentinel Site Monitoring page.

The project team will use a variety of NERR datasets to quantify shifts in plant species ranges and patterns of diversity and productivity across latitudes and regions, and then evaluate local and regional drivers of vegetation change. The team will engage staff from 21 reserves as well as external advisors to help integrate existing datasets from across the country and ensure that tools and products are useful for a variety of audiences. In addition to providing key insights into how climate change is affecting marshes nationwide, the project will generate reserve-specific templates and automated tools for data analysis and visualization that can be easily updated, and with modification could be transferable to other organizations with marsh monitoring or other coastal vegetation datasets (e.g., seasgrasses, mangroves). For more information, check out National Tidal Marsh Synthesis on the NERRS Science Collaborative website.

Environmental factors and subsequent warming in the Gulf of Mexico in recent decades has expanded the northward range of mangroves historically only found in Florida in the contiguous United States. An extensive network of observers has been put together by the Dauphin Island Sea Lab’s Mangrove Sighting Network Initiative Team to monitor the expansion, and through monitoring they have found over 500 mangrove individuals from 2018 to 2021. The Grand Bay NERR acts as the monitoring station for the Mississippi Gulf Coast and has established survey areas within the reserve as well as on 3 of the Gulf Islands National Seashore islands. Mature black mangroves have been identified on one of those islands, and seeds of mangroves are found sprouted frequently along the coast. They currently do not survive during harsh winter cold, but continuing trends may make permanent establishment a future reality.

The diamondback terrapin (Malaclemys terrapin) is an ecologically important coastal turtle found throughout the Atlantic and Gulf Coasts of the United States and is the only species of turtle in North America that exclusively inhabits brackish water. Staff at the Grand Bay NERR have begun monitoring the distribution of diamondback terrapins throughout the Reserve by conducting walking surveys during nesting season and searching for nesting activity. Check out more on our Diamondback Terrapin Monitoring page.

Can tidal wetlands keep up with sea level rise? To better understand this critical coastal management question, the National Estuarine Research Reserve System expanded long term monitoring of coastal marshes, and most reserves across the continental United States have been collecting data with Surface Elevation Tables (SETs) for several years. These precise measurements of marsh surface height over time can track the natural changes in marsh elevation that occur through plant root growth and sediment deposition, and then compare that rate of change with sea level rise. The project produced a suite of open-source data analysis tools and a workflow using R (statistics) that help users generate reports and visualizations to communicate with technical and nontechnical audiences. Technical and Outreach oriented reports were generated for each of the participating reserves, and regional patterns of elevation change explored in a National Synthesis. All project materials and outputs can be found on the project website.

Herbariums, collections of pressed and preserved plant specimens, serve a multitude of functions for the scientific community. The collection allows for the accurate identification of plants, information on their distribution and ecology, as well as serving as a useful tool for future research and studies. Check out more on our Herbarium page.

By studying herp communities in areas of pristine wet pine savanna and areas in need of restoration, we can tell if these communities are changing as we would expect for lands that are changing around them. Check out more on our Upland Herpetofauna Monitoring page.

Elizabeth Moore is the SWMP Technician.
She assists in the implementation of the System-Wide Monitoring Program.
CONTACT 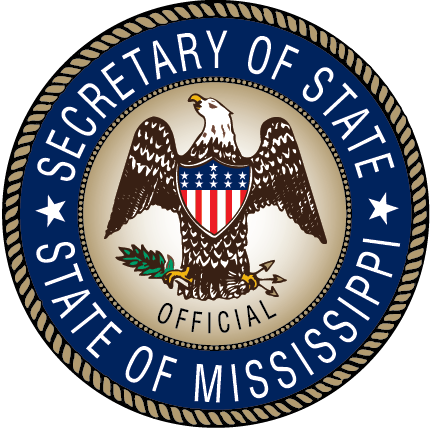